Asia FX Hunkers Down Ahead of Fed Meeting, Dollar Slips

Most Asian currencies moved little on Wednesday as caution kicked in ahead of a widely expected interest rate hike by the Federal Reserve, while the dollar fell amid hopes that the central bank will espouse a less hawkish outlook. The Japanese yen bucked the trend, rising 0.7% on expectations that the government will intervene further in foreign exchange markets to support the currency. Tokyo spent a record $42.8 billion in October to lift the yen from a 32-year low The currency also benefited from Bank of Japan Governor Haruhiko Kuroda saying that a tweak to the bank’s ultra dovish policy could be possible if inflation eases in the country. Japanese inflation is currently trending near eight-year highs, and is forecast to rise in the coming months.

The currency recovered sharply from a near 15-year low on Tuesday amid unfounded rumors that China plans to relax its strict zero-COVID policy. But government officials denied such a move Broader Asian currencies moved little ahead of the conclusion of a Federal Reserve meeting later in the day. The central bank is widely expected to hike interest rates by 75 basis points, its fourth such hike this year But focus is also on the Fed’s outlook on monetary policy, with investors holding out hope for a potential softening to its hawkish stance. Rising interest rates in the U.S. battered Asian currencies this year, as the gulf between risky and low-risk debt narrowed. But even if the Fed signals lower than expected rate hikes in the coming months, Asian currencies are expected to see little benefit from the move, given that U.S. interest rates are currently around 14-year highs. 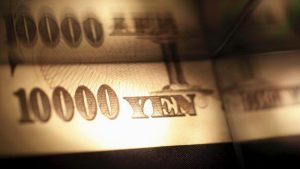 Australia’s dollar rose 0.4%, extending gains into a second session after the Reserve Bank hiked interest rates as expected on Tuesday. While the hike was smaller in comparison to the bank’s previous increases this year, the central bank vowed that interest rates will keep rising as it moves to contain inflation trending at 32-year highs. The South Korean won was muted as data showed CPI inflation rose more than expected in October. But slowing economic growth saw investors dialing back their expectations that the Bank of Korea will keep hiking interest rates at a sharp clip.