At the 2nd in-person meeting, Quad leaders convene in Tokyo.

Prime Minister Narendra Modi and leaders of the US, Japan, and Australia met for the second time in person on Tuesday in New Delhi, where they are expected to discuss developments in the Indo-Pacific region as well as global issues of common interest. India, the United States, Japan, and Australia make up the Quadrilateral Security Dialogue.

Modi said in a statement before leaving for Japan on Sunday that the summit will allow leaders to evaluate the status of the Quad projects and exchange perspectives on trends in the Indo-Pacific region as well as global problems of mutual relevance.

The conference is taking place in the shadow of the war between Russia and Ukraine. The Quad leaders will also debate Russia’s military offensive in Ukraine, as well as the conflict’s humanitarian and security repercussions.

The summit also comes at a time when relations between China and the Quad member countries have deteriorated, with Beijing aggressively questioning democratic norms and resorting to forceful commercial practices. In the face of China’s increasing military manoeuvring in the region, India, the United States, and several other world powers have discussed the importance of ensuring a free, open, and prosperous Indo-Pacific.

Taiwan, the Philippines, Brunei, Malaysia, and Vietnam all claim parts of the disputed South China Sea, while China claims practically all of it. In the South China Sea, Beijing has constructed artificial islands and military outposts. 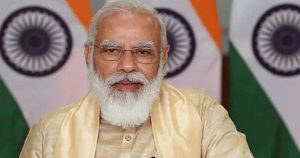 Biden announced the ambitious Indo-Pacific Economic Framework for Prosperity (IPEF) on the eve of the summit, which is a programme aimed at closer cooperation among like-minded countries in sectors including sustainable energy, supply-chain resilience, and digital trade.

The IPEF’s launch is anticipated to send a message to the region that the US is committed to advancing a robust economic policy in response to China’s aggressive trade approach. President Biden convened the first-ever virtual Quad Leaders Conference in March of last year, which was followed by an in-person summit in Washington in September.

Amid China’s expanding military presence in the key region, India, Japan, the United States, and Australia formed the Quad in November 2017 to devise a new strategy to protect the critical water routes in the Indo-Pacific free of any interference.