Despite global supply concerns, oil remains around a two-month high

On Friday, oil prices were hovering around a two-month high, with Brent crude on track for its greatest weekly gain in 1-1/2 months, boosted by the potential of an EU ban on Russian oil and the start of the summer driving season in the US.

“Momentum is flat-out bullish, with many factors pointing to a tighter market, even more so with the EU on the precipice of a total ban on Russian energy,” SPI Asset Management’s managing partner, Stephen Innes, stated. 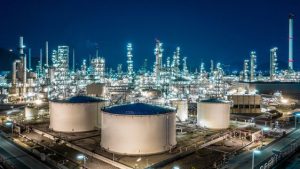 The European Commission (EU) continued to seek unanimous backing from all 27 EU member states for its proposed fresh sanctions against Russia, with Hungary posing a stumbling block.

A top Hungarian aide said the country needs three and a half to four years to transition away from Russian crude and make massive expenditures to restructure its economy, and that the EU’s proposed oil embargo could not be supported until all difficulties were resolved. So far this year, prices have risen by roughly 50%.

At its June 2 meeting, OPEC+ is expected to stick to last year’s oil production agreement and hike July output objectives by 432,000 barrels per day.