U.S. dollar sank from a one-week top against a basket of major peers on Tuesday, as traders weighed the odds of a less aggressive Federal Reserve at Wednesday’s widely watched monetary policy meeting The risk-sensitive Australian and New Zealand dollars rose from one-week lows amid a broad lift in market sentiment, but the Aussie trailed after the Reserve Bank of Australia decided to stick with a slower quarter-point pace for rate hikes. The U.S. dollar index – which measures the greenback against six rivals including the euro, sterling and yen – sagged 0.48% to 111.01, eating away some of the 0.79% gains it made on Monday.

The index has fluctuated in a broad range around the 112 level since its retreat from a two-decade high of 114.78 at the end of September.

The Fed is widely expected to raise its benchmark rate by 75 bps on Wednesday, its fourth such increase in a row. But for the December meeting, Fed funds futures are split on the odds of a 75- or 50-bps increase. The feeling is maybe the Fed will tone down the magnitude of hikes, but certainly the message will be the job is not yet done, inflation remains well entrenched,” said Rodrigo Catril, a currency strategist at National Australia Bank  Our general sense is that the dollar probably has peaked, but that doesn’t necessarily mean it’s coming down. The safe-haven greenback got some support overnight from losses on Wall Street, but a rise in U.S. equity futures and firmness in Asian stocks, led by China, scuppered that demand on Tuesday. Lower long-term U.S. Treasury yields also removed a crutch for dollar strength It’s certainly a risk-on day, and that’s being reflected in currencies with the Aussie and the kiwi topping the leaderboard, but all within recent ranges,” Catril added. The Aussie gained 0.56% to $0.6433, but was off earlier highs after the RBA opted for another 25-bp hike. A surprise jump in inflation to a 32-year high in data last month had markets laying odds of better than 1-in-4 that Governor Philip Lowe would flip back to a half-point pace for tightening. 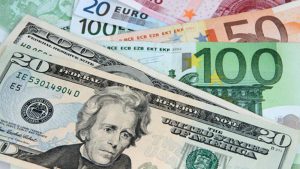 We have been bullish AUD/USD recently due to some wobbles in the U.S. dollar on the Fed outlook and given Australia’s still very strong external position,” said Sean Callow, a currency strategist at Westpac. The RBA’s continuation of modest 25bp tightening steps is only a minor setback Elsewhere, the euro rallied 0.53% to $0.9934.Pressure remained on the European Central Bank to continue with aggressive rate hikes after data on Monday showed euro zone inflation came in hotter than expected at 10.7%, a new record. The ECB next decides on rates on Dec. 15. Sterling jumped 0.68% to $1.1545 with the Bank of England likely to deliver a 75-basis point hike on Thursday.

On Monday, Japan’s finance ministry said it spent a record $42.8 billion on currency intervention this month to prop up the yen after it dropped to 32-year lows near 152 on Oct. 21. Finance Minister Shunichi Suzuki repeated a warning on Tuesday that authorities are closely watching market moves and will not tolerate “excessive currency moves driven by speculative trading The Chinese yuan fell to a near 15-year low against the dollar on Tuesday, after the central bank fixed the official guidance rate on the weaker side of the key 7.2 per dollar level for the first time since the global financial crisis of 2008.