Due to a rainstorm in Delhi, at least 140 flights have been cancelled thus far

According to authorities, heavy rain in Delhi and thunderstorms over the airport region have caused at least 140 aircraft to be delayed as of this morning. Over 140 flights have been delayed, with 90 at departure terminals and 44 at arrivals.

According to sources, out of the 140 planes whose operations have been impacted thus far, about 20 have been delayed for more than an hour. Another source reported that Air India’s AI 803 flight to Bengaluru, due to depart at 0610 IST, is yet to take off.

In a tweet, the Delhi International Airport said “Due to bad weather, flight operations at Delhi airport are affected. Passengers are requested to get in touch with the airline concerned for updated flight information,” 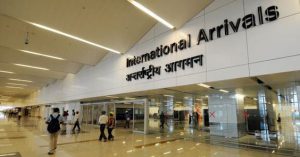 Passengers on airlines such as SpiceJet and IndiGo have also been handed travel advisories, advising them to allow enough time for their journey to the airport.

However, the rain in Delhi has provided some relief from the heat. Thundershowers with moderate intensity rain and gusty gusts of 60-90 km/h are expected to persist in Delhi and NCR for the next two hours, according to the India Meteorological Department.

After being diverted from Delhi owing to poor weather on May 20, over 17 domestic and international flights were forced to land at Sri Guru Ram Das Ji International Airport in Amritsar.