According to four trade sources, India exported a record 1.4 million tonnes of wheat in April, bringing some relief to grain markets as buyers hunt for alternatives to the Black Sea supply hit hard by the Ukraine conflict.

The first month of the fiscal year is April. In fiscal 2021-22, India, the world’s second-largest wheat producer, exported a record 7 million tonnes of grain.

At this time of year, India is the only major provider of wheat, and its exports of the grain have increased dramatically since Russia invaded Ukraine in late February.

Wheat shipments could increase this month when the new season crop is harvested.

Indian wheat is being purchased by buyers from Asia and the Middle East because it is less expensive than alternatives, he said. 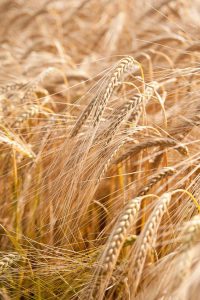 As supplies from Ukraine and Russia, which together used to account for roughly 29% of worldwide wheat exports, fell short, Egypt, the world’s largest wheat importer, decided for the first time to buy the crop from India.

According to dealers, India also exported wheat to new markets such as Israel, Turkey, Indonesia, Mozambique, and Tanzania.

They also mentioned that the UN’s World Food Programme procured wheat from India for Somalia, Kenya, and Djibouti.

According to Rajesh Paharia Jain, a New Delhi-based dealer, Indian traders negotiated wheat export arrangements in April for between $295 and $340 per tonne free on board.