Sebi has fined 9 firms a total of Rs 1.6 billion for illegal trading

The Securities and Exchange Board of India (Sebi) looked into potential irregularities in Sterling Green Woods Ltd (SGWL) stock trading between April and July 2009. Sebi stated in its ruling that the SAT had granted the businesses’ appeals against the Sebi order in an order dated March 2, 2022.

After giving the appellants an opportunity for a personal hearing, the tribunal referred the matter back to Sebi for a new decision on the merits. The regulator determined that nine firms and a few others, collectively known as the Hemang Shah Group, were related to each other and traded in the SGWL scrip, according to a 107-page decision issued by Sebi.

Additionally, Paksha Developers and its director Anurag Agarwal gave the Hemang Shah Group companies both the cash (via Paksh’s bank account) and the company’s shares (through Paksh’s sale of the shares). Following that, they jacked the price up by placing both buy and sell orders at higher prices, accumulating shares while artificially inflating the scrip’s volume, according to the regulator.

The regulator also noted that when the scrip’s price reached its all-time high in July 2009, the entities sold their shares in the same month. According to Sebi, the transactions of Hemang Shah Group companies raised the price.

In July 2009, the nine organizations achieved a profit of Rs 54 lakh by inflating volumes, fixing pricing, and selling shares. The entities have broken PFUTP’s provisions by doing so (Prohibition of Fraudulent and Unfair Trade Practices).

In another order, the market regulator fined four people a total of Rs. 37 lakh for misusing IPO funds and other disclosure violations in the case of Resurgence Mines & Minerals India Ltd. (RMMIL). The order was issued following a Sebi examination into the RMMIL IPO for September 1–8, 2009. 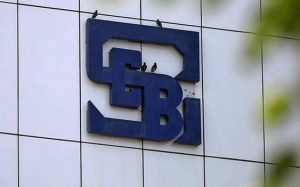 RMMIL launched its initial public offering (IPO) between August 11 and 13, 2008, and issued an ICD at the same time through PR Vyappar. It was discovered that RMMIL had syphoned off the IPO earnings and had not used them for the intended purpose.

Furthermore, they made false and misleading disclosures and failed to disclose information on ICDs (Inter-Corporate Deposits) in the offer document, defrauding all investors. Along with the company, the directors and its compliance officer willfully neglected to do their part, which led to the misappropriation of IPO funds, and they failed to take any precautions to stop the offense.